12 January 2020
Project Sponsor
NASA
Start Date
08/15/2016
Project Status
Final integration and assembly of satellites
Faculty Investigator
Dr. Brian Gunter
The solar-powered TARGIT will be a 3U CubeSat that will house a compact laser altimetry system capable of delivering accurate topographic data (down to the centimeter) from as far away as 10 kilometers using on-board LiDAR imaging system. 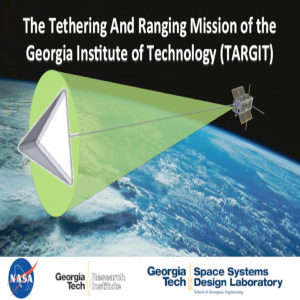 TARGIT is a 3U CubeSat mission sponsored by NASA’s Undergraduate Student Instrument Program (USIP), and which was selected for a launch opportunity as part of the 8th class of the CubeSat Launch Initiative (CSLI).  The mission seeks to develop and test on-orbit an imaging LiDAR system capable of cm-level topographic mapping. The ultimate objective of this LiDAR system is to enable future planetary small satellite missions to gather valuable topographic, navigation, and reconnaissance data with a low size, weight and power (SWaP) instrument. TARGIT is currently manifested to launch on the NG-14 cargo resupply mission to the ISS in October 2020.

Once TARGIT is launched into space, it will deploy a small inflatable on a tether and create a 3D image of the target using the miniaturized LiDAR imaging camera. Because the inflatable's size and reflectivity will already be well-known, this will give engineers a chance to test the camera’s accuracy. Eventually, the tether will be cut and the satellite will use its precise pointing and tracking capabilities to continue capturing images of the inflated target as it drifts farther and farther from the satellite. This final phase is intended to represent a flyby scenario in a traditional space mission, where the topography of a comet, asteroid, or specific surface location is the desired target. A schematic of the above described mission con-ops is shown below. 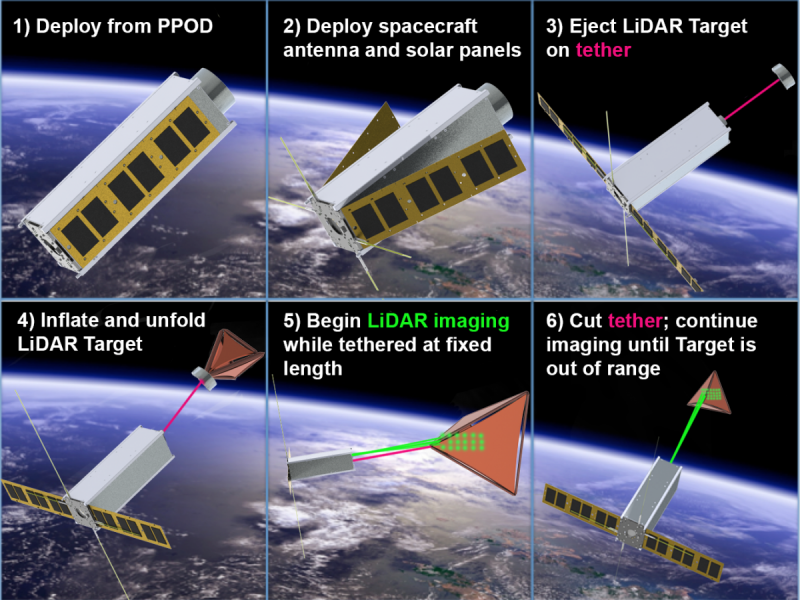