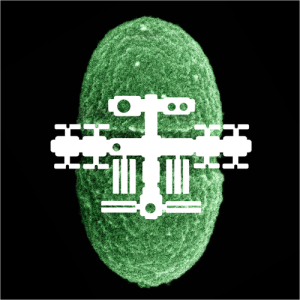 Likely as a consequence of their evolutionary origins, enterococci show remarkable stress resistance within, but also outside, their human hosts. Their antibiotic resistance, coupled with tolerance to desiccation, starvation, and disinfection, make them potent pathogens in the built environment, and a risk to crew health during space missions. Both Enterococcus faecalis (EF) and Enterococcus faecium have been previously isolated on the International Space Station (ISS). 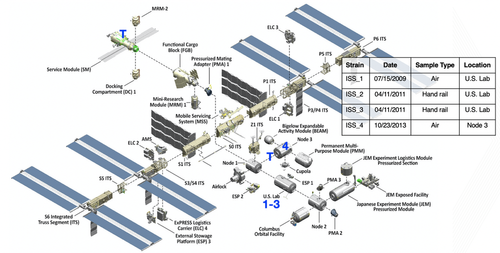 Specific Aims: Here we propose a three-year PI team research program, including flight components, to: 1) Characterize the frequency and genomic identity of antibiotic resistant organisms, including enterococci, on the ISS; 2) Assess the evolutionary selective pressure of the space environment (microgravity, space radiation) using EF as a model system; and 3) Characterize the “natural” evolutionary history of EF on Earth and in space to reveal mechanisms of microbial adaptation including natural selection, and refine crew health risk assessment and countermeasures for future space missions. Each aim is addressed by a PI-led investigation.

Enterococcus Growth Advantage on ISS via Tn-seq (EnteroGAIT): Led by Co-PI Gilmore (MEEI), this flight experiment will utilize the Bioculture System, currently undergoing validation on the ISS, to measure the selective pressure of the space environment on a defined microbial population: a library of EF mutants, created by transposon insertional mutagenesis, will undergo several rounds of growth and starvation on ISS with a synchronous ground control; selection is measured for each gene knockout by sequencing (Tn-Seq) and occurs on timescales far shorter than natural or experimental evolution.

Adaptation and Evolution of Resilient Enterococcus in Space (AERES): Led by PI Carr (MIT), this ground-based data and experiment-driven study will use an extensive collection of existing (>500) and newly generated (~100) whole genomes of Earth- and space-derived enterococci isolates to characterize horizontal gene transfer, mutation, and implications for community-acquired infection in space and on Earth. Genetic techniques will be used to establish causality.

Significance & Relevance: The proposed work will improve our fundamental understanding of microbial adaptation to the space environment and crew health risks. Our work directly addresses the solicitation research foci A.3.1.a (primary) and A.3.1.b (secondary) and the 2011 Decadal Survey recommendation to use the ISS as a Microbial Observatory (P1). Furthermore, our work addresses multiple Human Research Roadmap (HRR) gaps (MICRO-1 to MICRO-5 and Med01).