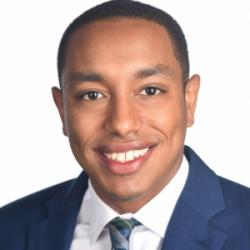 Hisham is a research engineer and post-doctoral fellow in the Daniel Guggenheim School of Aerospace Engineering. In addition to his research activities in the High Power Electric Propulsion Laboratory (HPEPL) and Space Systems Design Laboratory (SSDL), Hisham is the co-program coordinator for the Georgia Tech University Center of Exemplary Mentoring (UCEM). Hisham’s current research interests are in magnetohydrodynamics, planetary entry systems, hypersonics, and plasma physics.

Hisham earned a bachelor of science degree in aerospace engineering with minors in mathematics and computer-based honors from the University of Alabama in May 2013. In August 2013, he joined the Space Systems Design Laboratory as a graduate student and has also been a member of HPEPL since August 2017. In May 2015, he earned a master of science in aerospace engineering from the Georgia Institute of Technology. In May 2019, he successfully completed the requirements for his doctoral degree, and earned a doctor of philosophy degree in aerospace engineering from the Georgia Institute of Technology in August 2019. Hisham has had a lasting interest in in-situ resource utilization for spaceflight applications. As an undergraduate at the University of Alabama, Hisham worked with NASA’s Marshall Space Flight Center to identify, design, and test candidate parts for rapid prototyping in microgravity as part of NASA’s effort to demonstrate rapid prototyping on-board the International Space Station. Since arriving at Georgia Tech in 2013, he has worked to develop performance modeling capabilities and advance the state-of-the-art for magnetohydrodynamics-based in-situ resource utilization during planetary entry. He has advanced this research while in residence as a visiting space technologist at NASA’s Marshall Spaceflight Center, Langley Research Center, and Jet Propulsion Laboratory. In addition, he has designed and created an experimental testing platform for magnetohydrodynamic energy generation in conditions and configurations relevant to planetary entry, currently located in HPEPL.