GT-1 is a 1.14 kg 1U CubeSat with experimental deployable solar panels and a deployable UHF radio antenna. The GT-1 mission demonstrates a rapid cradle-to-grave lifecycle of a university level CubeSat.

GT-1 is the first in a series of at least four 1U CubeSats to be developed by Georgia Tech annually. The goal of the project is to produce a working satellite bus as a foundation for experimental technologies (hardware and software) that will fly on missions GT-2 through 4. The primary function of GT-1 is to be an educational proof of concept and satellite bus demonstrator. These missions are intended as an opportunity for Georgia Institute of Technology undergraduate students to get involved in all parts of a space mission, from preliminary design to construction and operation. GT-1 carries an amateur radio payload featuring a digipeater and ROBOT system (AX.25 protocol at 437.175 MHz). This will allow HAM operators around the world to communicate with the spacecraft as it orbits. The prototype solar panel deployables allow the spacecraft to support 23 solar cells, more than double the surface area that a typical 1U can support, and will allow for power heavy payloads on future missions. It also boasts a preliminary build of an attitude control system, which will be refined in the future missions to allow for accurate pointing of the spacecraft in orbit. 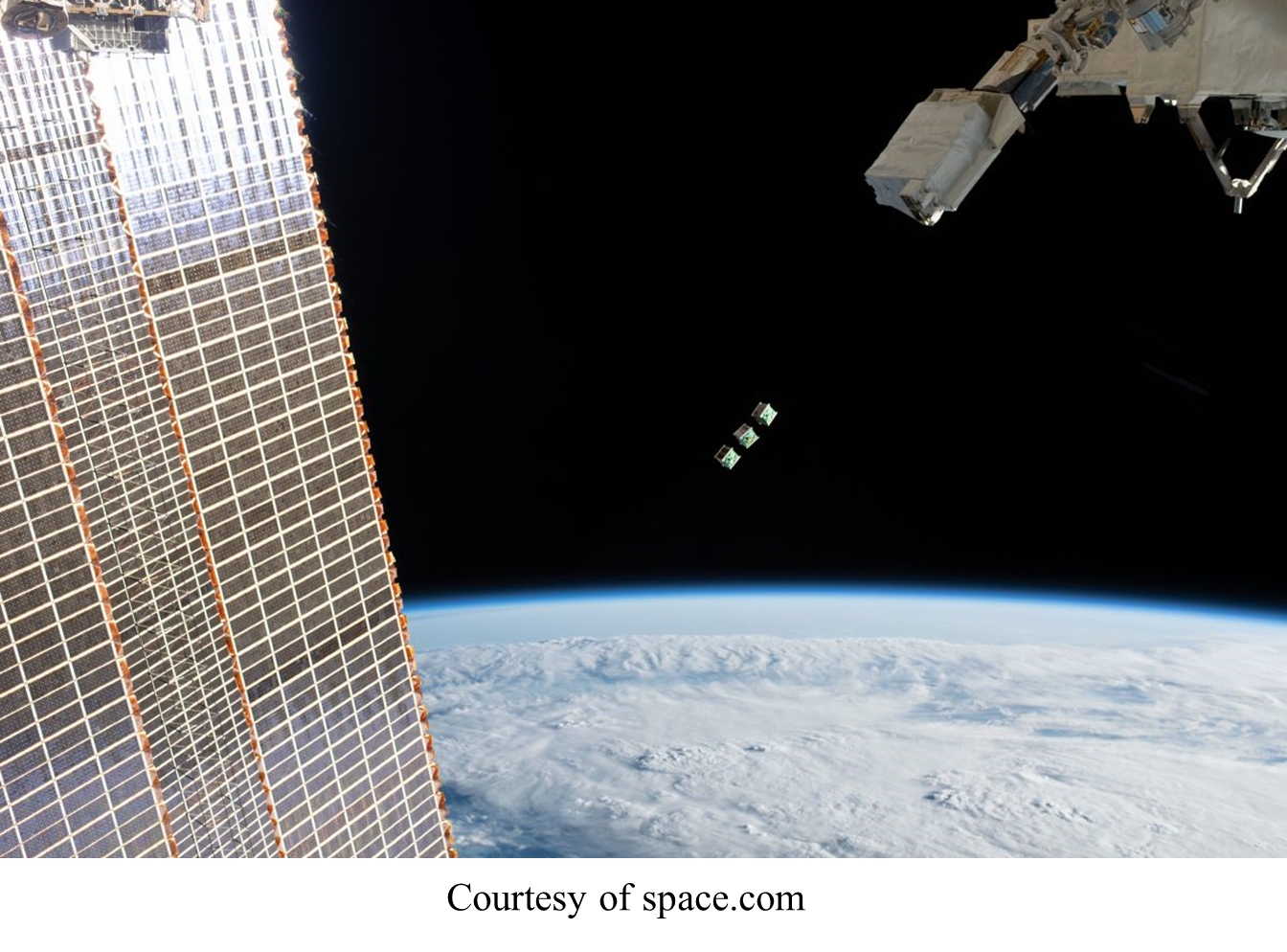 GT-1 was delivered in September 2021 and will be launching to the International Space Station on the CRS-24 resupply mission in December 2021. From the ISS it will be loaded into a CubeSat orbital deployer and inserted into Low Earth Orbit. The spacecraft’s orbit will slowly degrade over a 7-month period until it disintegrates when it reenters Earth’s atmosphere. It will be the first mission supported by the GT Mission Operations Center and in partnership with W4AQL (GT Amateur Radio Club).